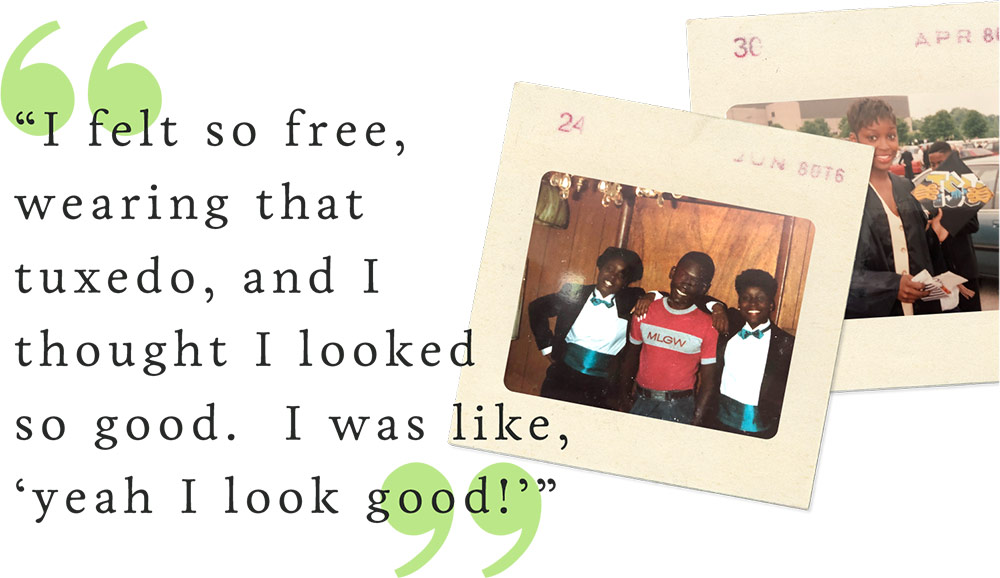 A Southern transplant from Memphis Tennessee who now calls the south shore of Long Island her home, Dr. Nichelle Rivers is the very definition of inspiration. Warm and soft spoken, impeccably dressed in tailored vests and colorful bow ties, her vitality, wit and intelligence engage a wide range of people within the Long Island community. Nichelle is a brilliant educator whose grant proposals have earned Roosevelt School District much needed state funding. Yet, it is her role as artist/activist that allows her to break through the barriers constricting gender and race identities. In particular, her portrait series, the Stolen Lives Project, brings attention to transgender people of color, the most silenced and marginalized group within the LGBTQ community. 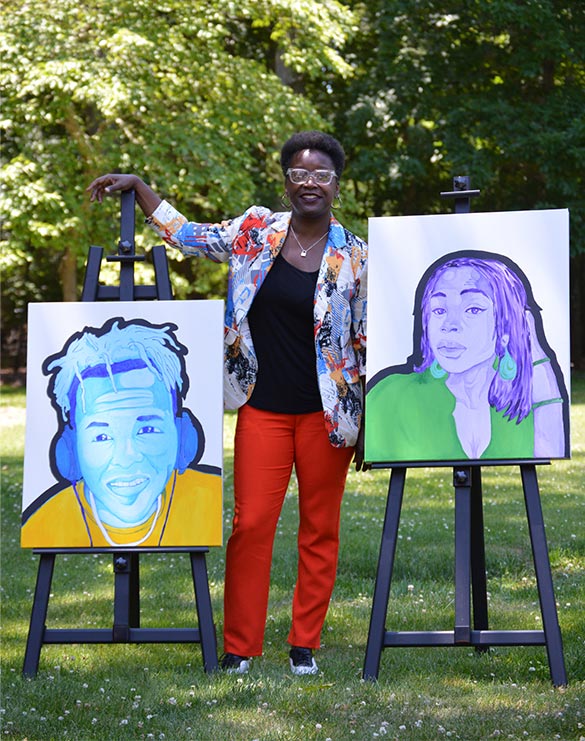 Nichelle refers to her portrait series as a “living, breathing” testimony to transgender people of color in the U.S. who have lost their lives over the past ten years.  She points out that this group accounts for 91% of transgender murders nationally.  A happily married gay woman of color, Nichelle makes it clear that transgender people do not get the respect they deserve in either the LGBTQ or the Black community. She was motivated to action after confronting a relative’s hateful preconceptions about transgender people on social media. Shocked by this person’s ignorance, Nichelle conclude that she must work towards changing misconceptions about transgender people. She struggled to find a way to do this: “How do I put my voice to this as an artist? How do I get people to understand that these are real human beings that bleed the same way? They bleed the same color; we all bleed red, and we’re all a part of this big picture. We’re all a part of humanity. How do I humanize my trans brothers and sisters?”

Zella Ziona provided Nichelle an answer to her question. The story of Zella’s violent death in 2015 marked the 21st transgender woman of color murdered in the United States that year. Her murderer, Rico LeBlond, was a family friend Zella had known her whole life. 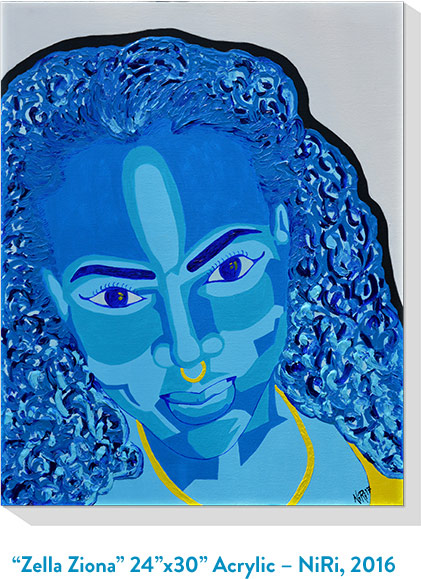 When she happened upon him walking with his friends behind a strip mall in suburban Washington DC, she made the fateful mistake of appearing too flirty, and the boys physically beat her before LeBlond shot and killed her. Reading Zella’s story moved Nichelle to action, and thus began an effort that has since evolved into her Stolen Lives Project. Using varied gradients of blue, Nichelle focused her portrait on Zella’s face, complementing the blue facial tones with the color yellow to accentuate her nose ring, jewelry and straps of her top. When asked if she could describe her style of painting or explain her theory of color, Nichelle responds: “You’re not going to put them in a box. You just see a painting that evokes a conversation, maybe it evokes an emotion. Maybe the color blue makes you feel calm, maybe it brings something outside of you before you get to the image. I really want to force people, or challenge people to really look more at their own views, their own biases.”